The government of the Republic of Botswana denied social media reports that it gave Zimbabwe bailout money to the tune of  $600 million.

Below is the official statement on the matter made by the government of Botswana:

As such, media reports that are currently circulating about the line of credit worth six hundred million United States Dollars that the Government of Botswana has committed itself to extend to the Republic of Zimbabwe are unfounded.

We wish to advise members of the public that in accordance with international practice, a communique which summarises the outcomes of the meeting will be issued following the conclusion of the Bi-National Commission. 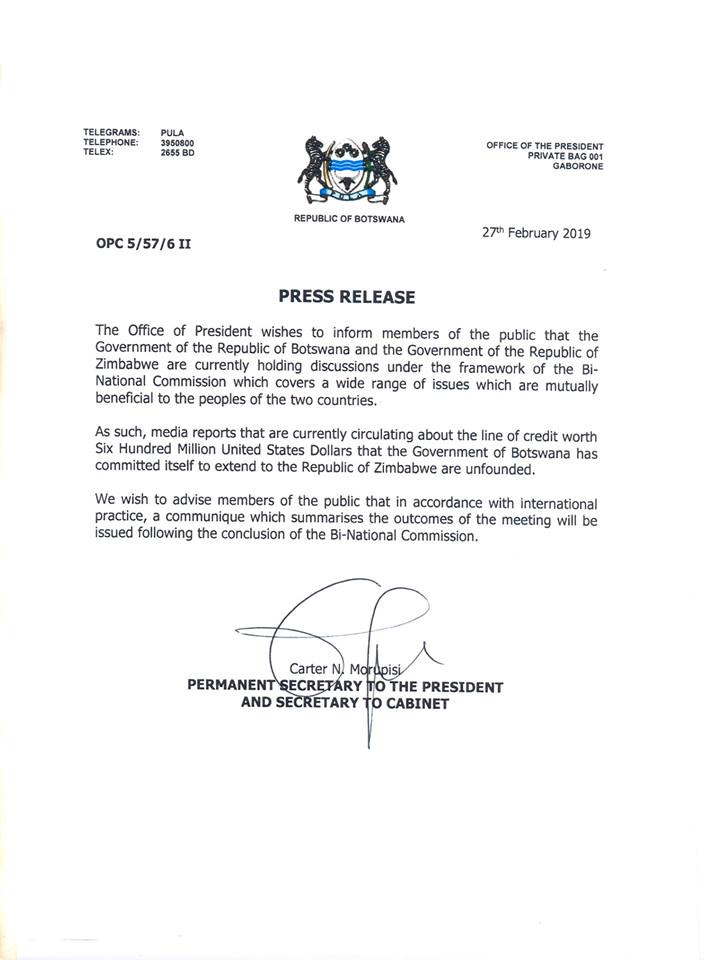